So let me tell you about this special guy. He broke a record in my studio last year. Mr. J is officially the biggest newborn I’ve ever photographed. He tipped the scales at over twelve pounds at birth. Yes, twelve! When he and his family arrived at my studio and dad took him out of the car seat I thought for sure they were playing a trick on me 😉

He was awake for the sibling photos but then all it took was one meal and he was OUT like a light. The biggest challenge I faced during this session was finding props that would comfortably fit this sweetheart since most of my knit items and hats are meant to fit babies between 6-10 pounds. I have since added a few larger sized accessories to my collection just in case anyone wants to try and break my studio record this year! 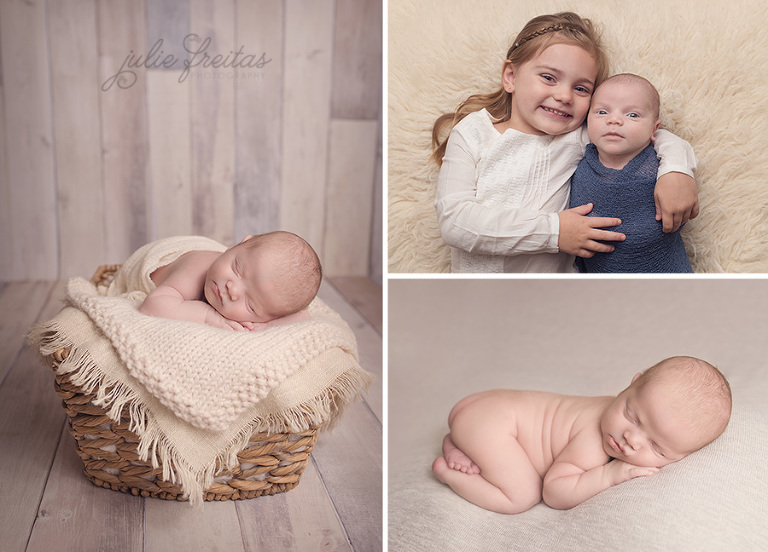